Ballet North in Kansas City thought it would be helpful to give some context and description to the production of La Fille Mal Gardee to be presented Friday June 19, 2009 at the Music Hall. Enjoy!

La Fille mal gardée is a comic ballet presented in two acts, inspired by Pierre Antoine Baudouin's 1789 painting Le Reprimande/Une Jeune Fille Querellée par sa Mère. The ballet was originally produced and choreographed by the Ballet Master Jean Dauberval to a musical patch-work adapted from about 50 popular French vignettes at the Grand Théâtre de Bordeaux, Bordeaux, France on July 1, 1789. Yes, this ballet is as old as the United States!
La Fille mal gardée has been kept alive throughout its long and complex performance history by way of many revivals for well over two centuries. The work has had many changes of title, and no fewer than six known scores—many of which were adaptations of older music.
Today La Fille mal gardée is normally presented in one of two different versions: many ballet companies around the world retain productions of the ballet which stem from the 1903 revival of Alexander Gorsky to the score of Peter Ludwig Hertel. Gorsky's version was derived from the late 19th century efforts of Marius Petipa and Lev Ivanov, which was itself a revival of Paul Taglioni's version staged in 1864 for the Court Opera Ballet of the Königliches Opernhaus in Berlin. It is from this version of the ballet that the so-called La Fille mal gardée pas de deux is extracted.
Modern audiences are most familiar with the production staged by Sir Frederick Ashton for the Royal Ballet in 1960, set to music adapted by John Lanchbery from the late 1820's score of Ferdinand Hérold and the original composite of works used for the July 1, 1789 premiere.
The appealing simplicity and the naïve familiarity of the action of La Fille mal gardée have lent it a popularity that has established it in the repertory of many ballet companies all over the world. The ballet's plot line stands in no need of Deus ex Machina endings or intervention from magical creatures to drive the story on stage; the comedy of the human condition when encountering true love is so well captured in La Fille that the ballet comes to life with every bit if not more energy than other world-renown works of Ballet like the Nutcracker or Sleeping Beauty.
Email Post 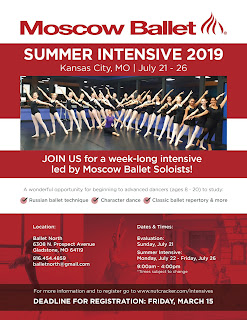 Do You Know The Actual Tale Of Beauty And The Beast?